Three years ago the Institute of medicine declared that the nation’s cooperative group system for conducting clinical trials was so moribund as to not be an effective vehicle for the generation of scientific data in a timely fashion. In a report generated in 2010, the IOM recommended that the number of cooperative oncology groups be reduced from 10 down to 5[1], improve speed and efficacy of the trial processes as well as incorporate new scientific discovery into clinical protocols. Along with this, the report said it was critical to create a data platform that would assist in the administration of trials across all of the remaining cooperative groups. This would be a system to which both large academic centers and community cancer centers could adhere.

NCI Less of a Barrier; More of a Facilitator

To a large extent, the NCI was  a barrier to the conduct of clinical trials due to their role of providing oversight. The IOM report urged that NCI become part of the solution by helping to prioritize and design trials as well as directing patients to relevant studies so that enrollment could proceed more rapidly. In addition, CMS was tasked with removing barriers to enrollment by supporting appropriate costs associated with patient treatment during the trials.

Now, nearly three years later, we can see the effects of this report. In a two day workshop[2] that took place in Washington last month, improvements in the national cooperative group trial system were documented[3]. Among the improvements noted:

Still to come are more innovative Ph II trials based on molecular biology of the tumors and the extensive use of biomarkers and genomic profiling. 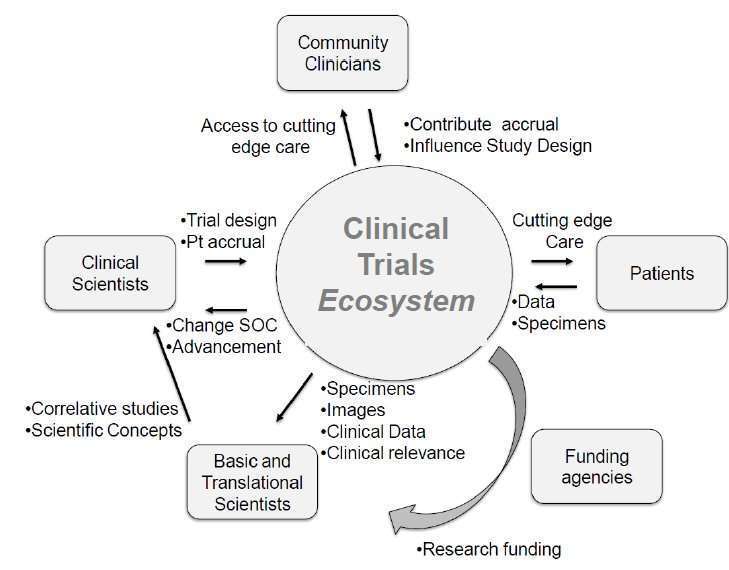 The key to moving clinical research forward more rapidly will be enhanced participation of community cancer centers. Investigators at these sites are often hesitant to take part as many of the costs associated with the trials are not covered.  After more provisions of the Affordable Care Act go into effect, next January, this may no longer be a barrier. Federal law will require insurers cover the cost of routine patient care in clinical trials.

Design and Conduct of Trials Improving in UK As Well

Interestingly, the US is not the only place that has had a sea change in the way it conducts clinical research for cancer. Over the same period, the UK’s National Health Service has recognized that clinical research is an important part of its mission, and therefore has provided incentives for patients to participate in trials. The key here is that cancer patients do not get access to novel agents unless they participate in the trials. The result is a trials network that rivals anything in the US but existing in a much smaller country.

Pharma  and biotech companies can harness the power of the NCI to get things done faster than they have become accustomed to in the past, and the improvements will continue into the foreseeable future. This is also good news for cancer patients who will be able to access more cutting edge clinical trials no matter what part of the country they are from.

We’re here to support your success from clinical to commercial – and beyond.

How can we help you today?